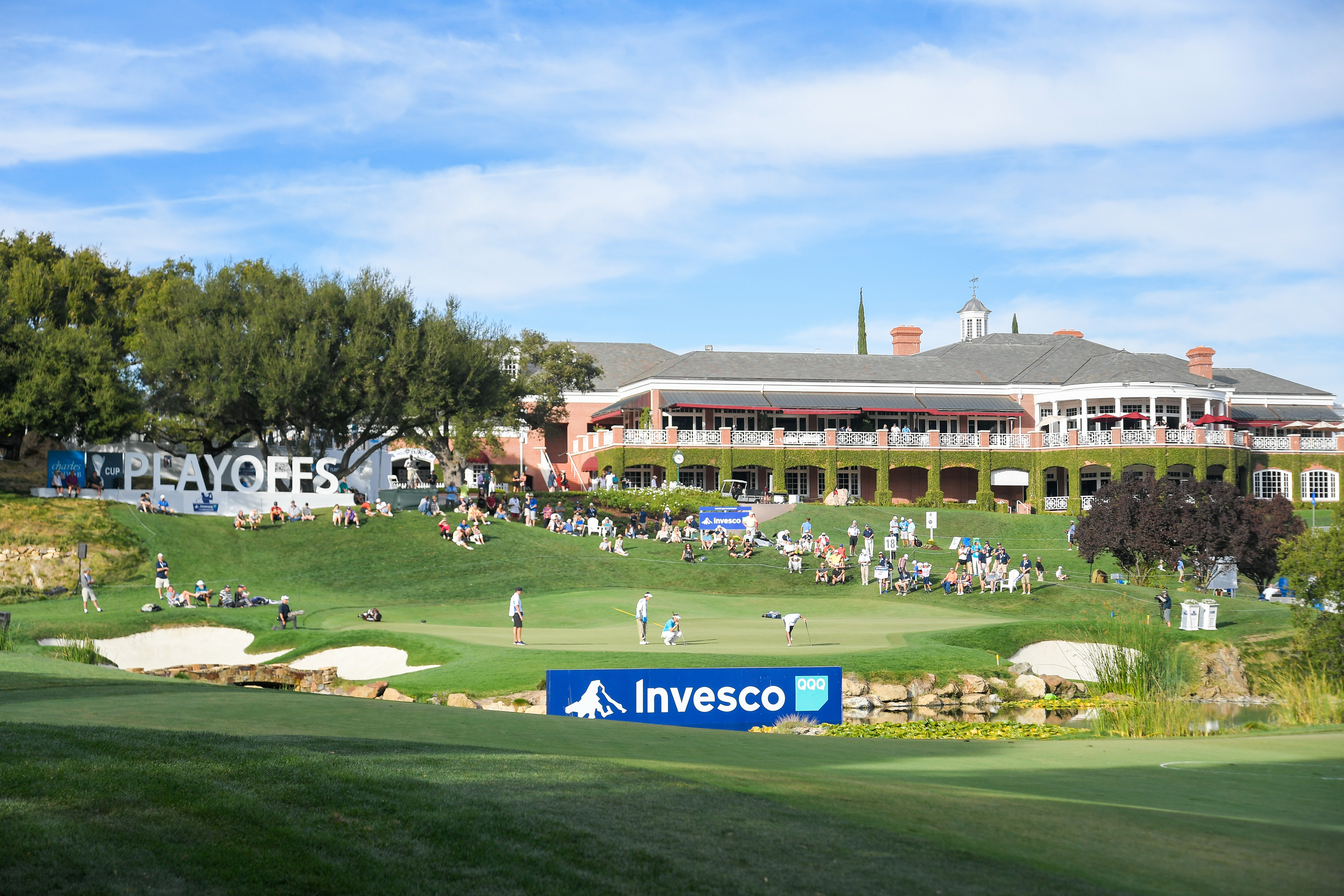 When you enter through the large cast-iron gates of Sherwood Country Club, you get the sense you are about to enter a special place.  As you make your way up the hilly, winding road past elegant, French-style country homes, all with majestic views of the Santa Monica Mountains and the Hidden Valley below, you realize you might never want to leave.  Jack Nicklaus stated, "This was one of the more magnificent pieces of land I've had the opportunity on which to design a golf course. It is rare to see a piece of property that is so private, with so much natural beauty. There isn’t another golf course in the World that has a more beautiful tree complex than Sherwood."

The mountains you see behind several of today's fairways are the same peaks you see in the famous opening helicopter scene from the series M*A*S*H.  And those fairways were once the rugged landscape for many a backdrop in the Dukes of Hazard.  But two of the most famous Hollywood epics shot on the premises were the 1923 version of Robin Hood, starring Douglas Fairbanks Sr. and Enid Bennett, and the 1938 version of The Adventures of Robin Hood, starring Errol Flynn and Olivia de Havilland.  In fact, on the Sherwood property you'll still find the Robin Hood Cabin, a home built for the 1923 movie and where Fairbanks supposedly lived during the filming.

Sherwood is no stranger to hosting the top players in the world, starting with the world #1 at the time, Greg Norman, who hosted his Shark Shootout from 1989-1998, followed by Tiger Woods' World Challenge from 2000-2013.  If most golf fans across the country don't remember the Showdown at Sherwood, where David Duval and Tiger Woods faced off in a nationally televised prime-time event, they nevertheless would have seen the course on television because of the World Challenge.  A limited field, special invitation event, the World Challenge benefited the Tiger Woods Foundation.  Its winners over the past 14 years looks like the modern-day Who's Who of Golf, including Luke Donald, Padraig Harrington, Davis Love lll, Graeme McDowell, Vijay Singh, Zach Johnson, and Tiger Woods (5 time champion).  The next chapter in professional tournaments for Sherwood includes the Champions Tour, Invesco QQQ Championship, played at Sherwood in October/ November.  The Invesco QQQ Championship is be the second of three season-ending events in the inaugural Charles Schwab Cup Playoffs, and features 52 of the best players on the Champions Tour.  Sherwood will host the event in October 2016-2018. The 2016 tournament was won by Tom Pernice, Jr. and in 2017, Bernhard Langer defeated Miguel Angel Jimemez in a three hole playoff to secure the championship. In the final round of the 2018 Invesco QQQ Championship, Scott Parel shot a 4-under 68 to win by one stroke and become the seventh multiple winner this season on PGA TOUR Champions.